The Voice of Packaging in the Heart of the Country

Pack To The Future #PTTF4

By popular demand we are pleased to announce the next in our series of packaging technology business & academic partnership events...Pack To The Future 4...... 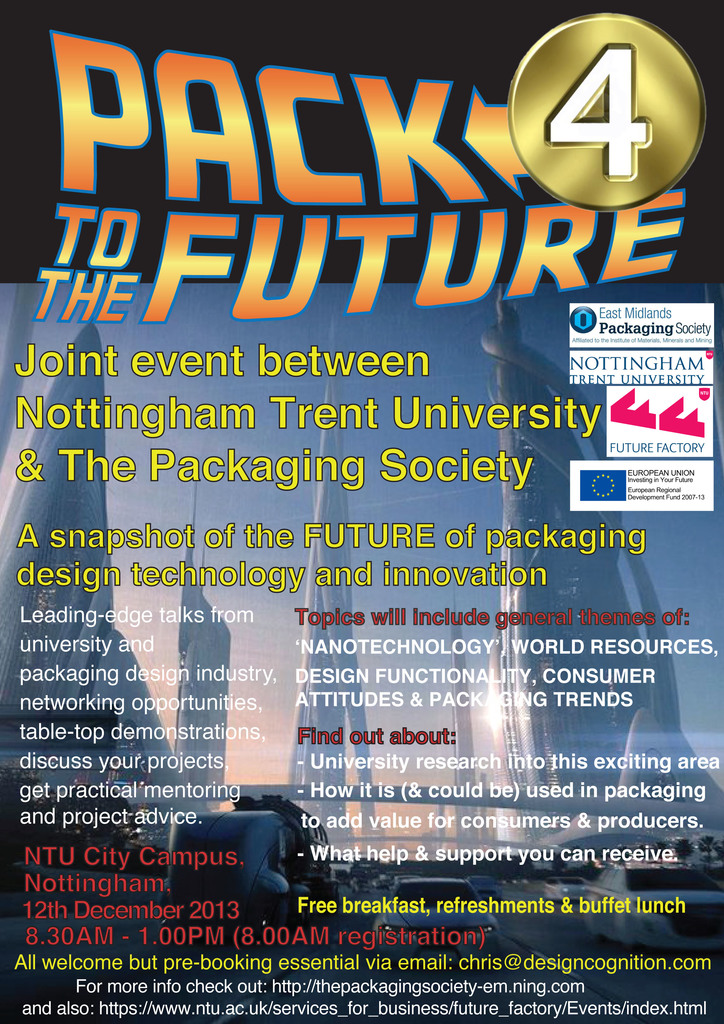 Packaging Society visit to Crown R&D Centre - Why not join us?

We are excited about the prospect of a visit to this Centre of Excellence. If you are interested polease get in touch with Jeremy (contact details below).

In 1892 the company’s founder, William Painter, invented a better way to package soft drinks and beer. Painter's vision revolutionised the bottling industry. His ingenuity, and the leadership of those who came after him, helped to build Crown Holdings, Inc. into the world leader in packaging that it has become.…

Pack To The Future 3 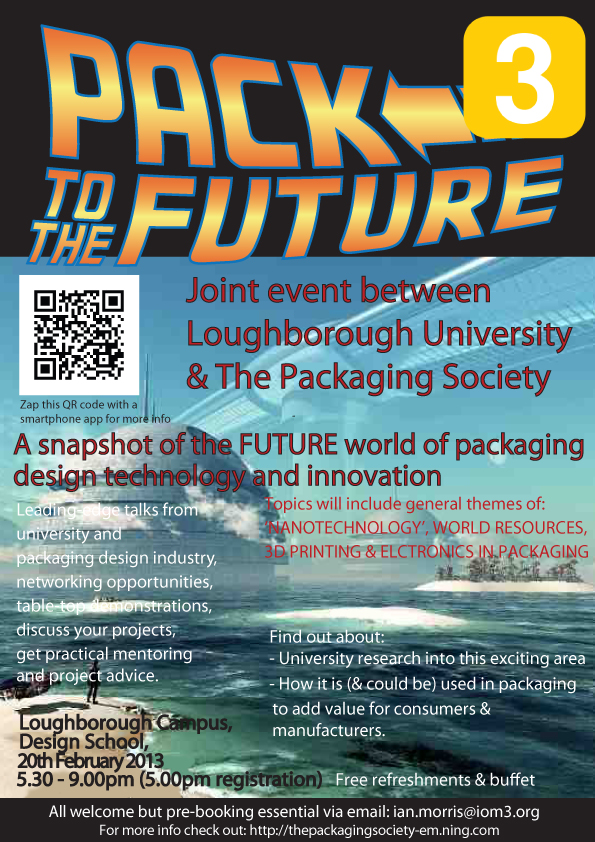 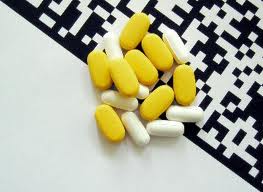 Pack To The Future 2 - Speakers Announced 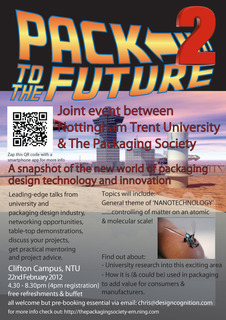 We are now pleased to be able to announce the speakers for the forthcoming Pack To The Future event on 22nd February.

We've got a great line-up based around the theme of NANOTECHNOLOGY....the controlling of matter on an atomic & molecular scale!

The format wiill be broadly simlar to the previous event, but we have taken on-board your…

Pack To The Future 2 - NEWS

Please note that we have had some great feedback from the previous event in October and to allow ourselves sufficient time to accommodate some of your ideas and other great enhancements, we have decided to move 'Pack To The Future 2' back from January to February.

More specifically the event will be on Wednesday 22nd February (exact times TBC) and will be at the same Clifton NTU venue as previously.

So please mark it in your…

The Student Starpack Packaging Design Awards are open for entry. Rachel Brooks explains the briefs on offer for 2012, and catches up on developments within the Starpack Advisory Board. 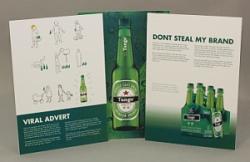 Above: Student Starpack Best in Show 2011

On 19th October 2011, The East Midlands Packaging Society hosted an event with the Nottingham Trent University which laid the foundations for a new and exciting collaboration between academia and business in the field of #packaging #design. The event was attended by over 115 people; professionals, academics and students from all over the UK and was a HUGE success.

This is a video summary of the event, undertaken by Peng Productions, including 'on the hoof' interviews - Check it out to… Continue

Pack To The Future - Presentations 3 & 4

Pack To The Future - Presentations 1 & 2

Following our very successful event on the 19th October, please now find in this (& subsequent blog posts) links to PDFs for all of the presentations that you saw. NB I'm constrained by the size of file uploads - so I'm spreading them over a few posts.

The Agenda and my Introductory presentation were in the previous blog post. Here are the next 2 presentations:

Pack To The Future - The Agenda & Intro presentation

Many thanks again to all of you who turned up last Wednesday for our very successful event at Nottingham Tent Uni.

Attached is a copy of the agenda and the first introductory presentation that I delivered on behalf of The East Midlands Packaging Society, laying out my aims and aspirations as Chairman.

Pack to the Future

If you are intending to come along to the Pack To The Future event on 19th October please complete the below registration form to secure your place & help us to plan catering arrangements:


Please fill out my form.

If you'd like to come along to the event at Nottingham Trent University on 19th October 2011, please click the following link to access the online registration form (NB You may need to have your pop-up blocker turned off) Please click this link to fill out my form

Pack To The Future 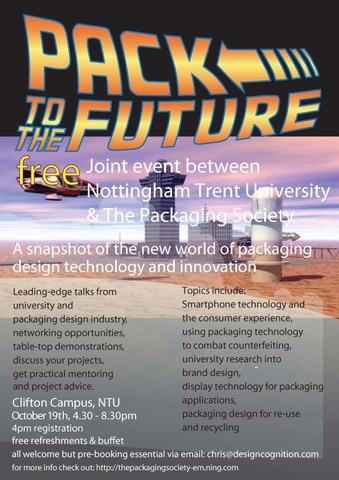 Dear All, as I mentioned in my previous blog post, my main focus this year as new Chairman of the East Midlands Packaging Society  is to entice more of you, our valued members, to take part in events and also to encourage ‘new blood’ into the industry.

We’ve got some fantastic events lined-up, in which you could participate in a number of different ways…

East Midlands Packaging Society are extremely proud to announce a new look for 2010/2011 which is being launched by their brand new Chairman, Chris Penfold.  Chris is the CEO of Design Cognition Group Ltd and has over 25 years pharmaceutical & healthcare packaging design and development experience, including 8 years consulting.  He is a fellow of the Packaging Society, a Chartered Environmentalist and also a Chartered Marketer.

With such an innovative and experienced chairman,…

The East Midlands Packaging Society AGM will be held on Tuesday 10th May at The Chesterfield, Church Street, Bingham, Nottingham NG13 8AL. 6.45pm for 7pm AGM start. The AGM is expected to take around 30 minutes, following which we will be staying for a meal. If members would like to join us for food, please advise as soon as possible (food at own cost).

If you are interested in any of the following areas and want to see leading-edge packaging technologies from a Global leader, then this visit is a MUST for you. 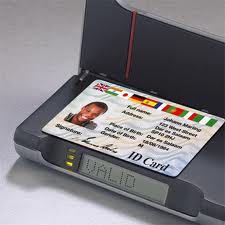 "EU Funding
Opportunities for Innovation in Packaging and Materials” … Continue